Viena has a lot of good sounds to offer. A new bird took off from the imperial nest. The name of that bird is Triptonus, and they are heavy, percussion driven and painted in trippy patterns.

The new album released by Triptonus tells a colorful story. The tunes are very nice at first listening, but then they become deep and more meaningful. What i really enjoy about it is the fact that the songs are so diverse. The albums begins in full force and in the middle we can enjoy samples of more medley chords, and north African subtle touches. 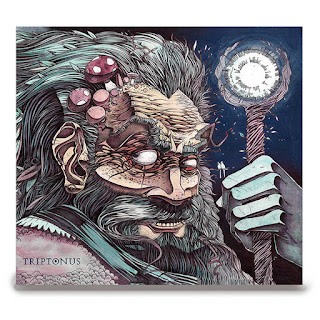 I've seen those guys live for about five times, and each time they play better and better.
The percussion and the didgeridoo play a special and unique part on this record. They give a more vibrant and tribe related kind of bond with the public.

The long jams were packed in a 8 track full album that looks amazing, because the cover was designed by Kape Illustration. It's also good to hear familiar strings around, as Bren from The :Egocentrics plays a delightful role in this sonic realm

To specify just one song that i enjoy,i will have to go with Lorenz von Arabien, but all of them are building a solid trip to an instant modern classic album. For me this album doesn't sound sound like stoner rock, desert rock or any other overused labels. It is more then that is larger then them, know that is out there. Don't forget that Triptonus album is available on CD and vinyl here.

Until next time, put the needle on the record when the drum beat goes so wild.

How heavy are their minds? Now this is what i call a dynamic space power trio. I am writing this article as i am listening for the 4th time The Heavy Minds album called Treasure Coast. The artwork and lyrics kept my attention right from the start. The speakers put me into a cool seventies mood as the tunes were coming out, until the third song which soaked my ears into the acoustic realm. The album is very dreamy, balanced and the  guitar tones are in great shape. I liked the percussion fragment, the spaced out vocals and the deep old school organ. Radio fragments are properly infused for a more deep and personal experience with their music. The great news about this part is that they released the album on vinyl at StoneFree and you can order it here http://www.stonefree.co.at/treasurecoast.html


The Heavy Minds reminds me of The Doors, Blue Cheer, Wolfmother, The Parlor Mob and all the magic drug inducted music that lasts for decades. Revival or not, the result is a juicy album, with candid lyrics and a heavy dose of sincerity. I’m sure that seeing this band live is a quite an experience. I don't know them but i love to see them play live and loud.
There is a fire in their veins and it should burn in heavy riffs from now on. In the end all i can add is that I’m glad  I’ve found an island in your heart a treasure on your coast. 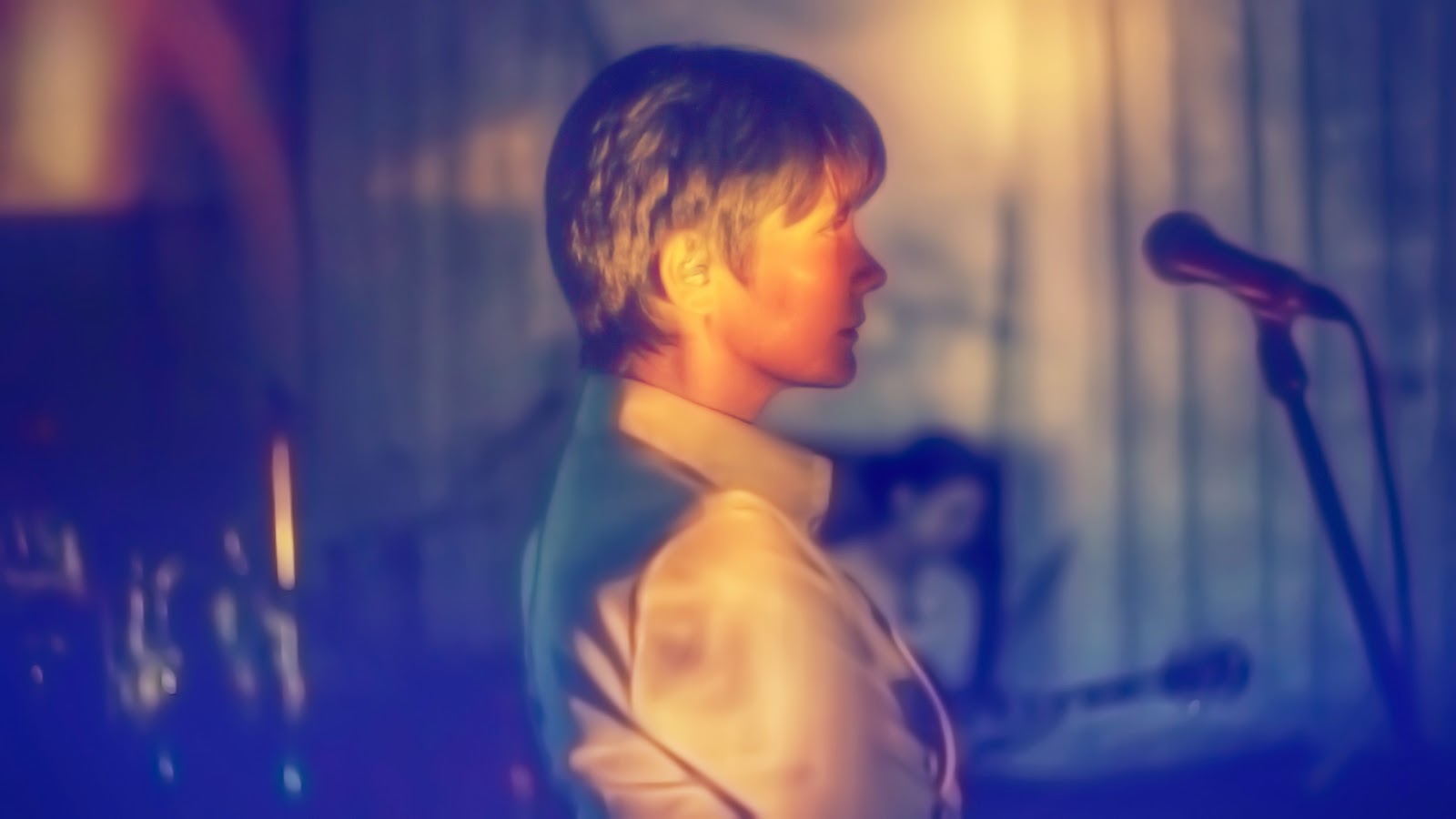 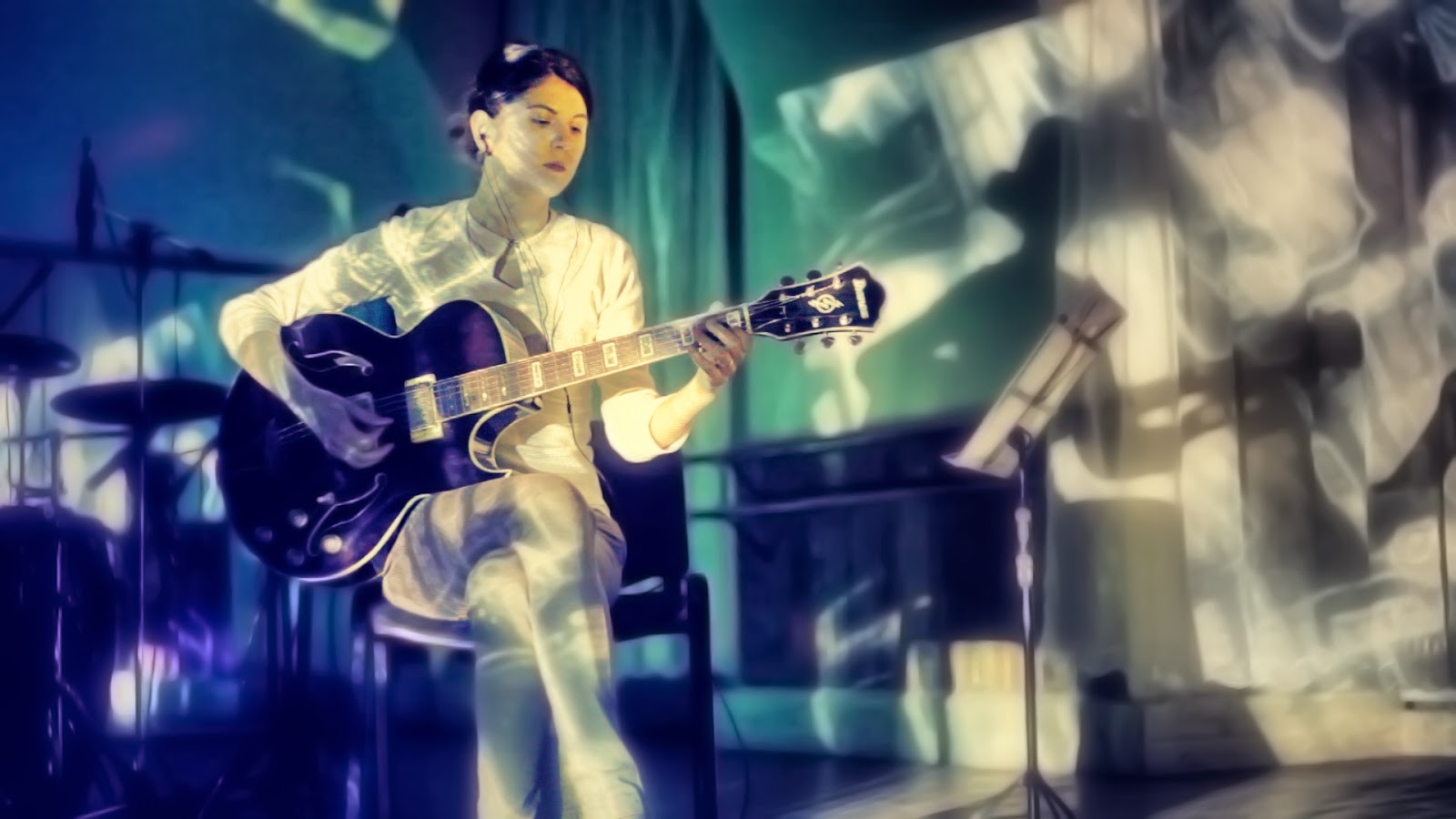 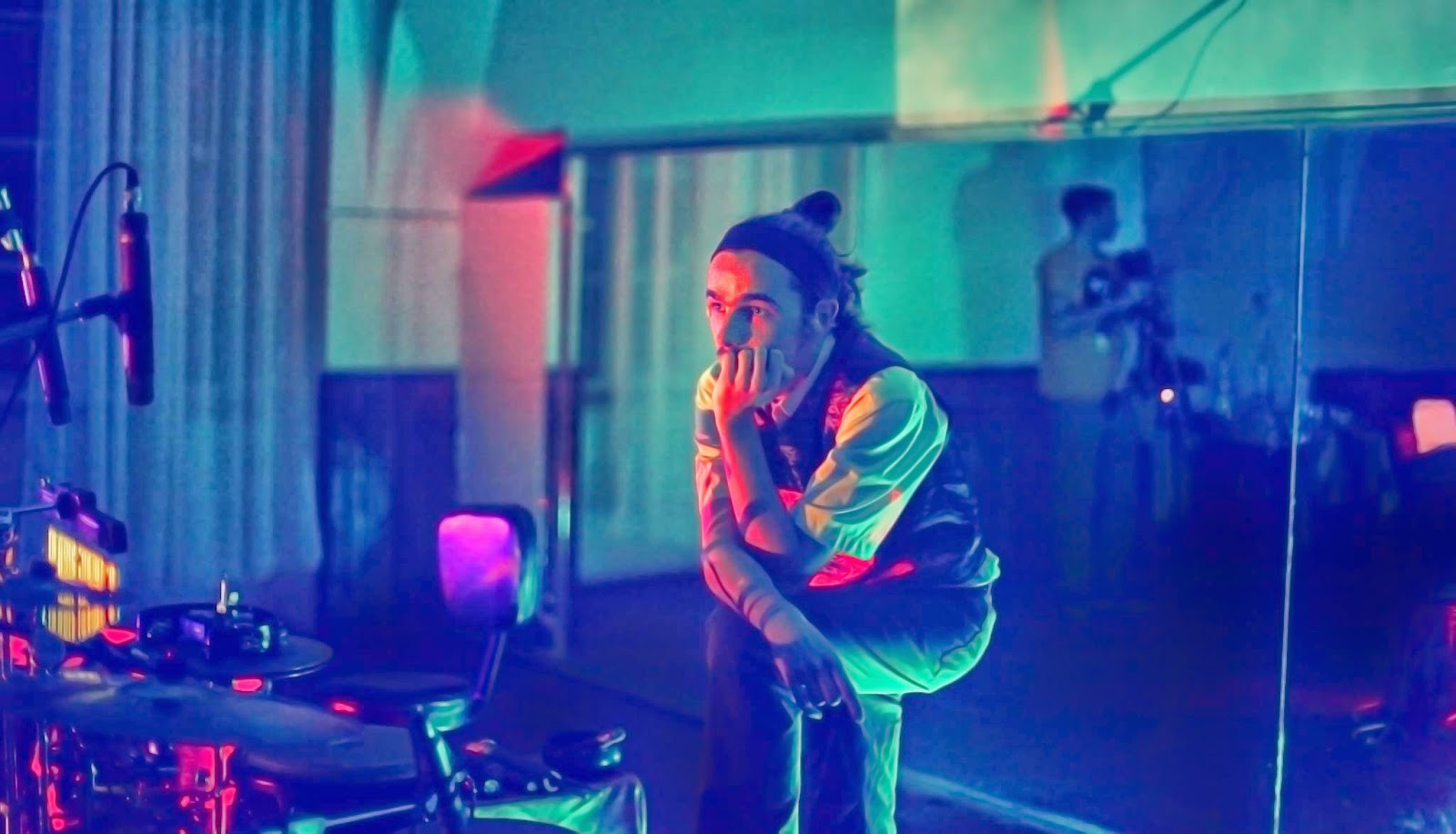 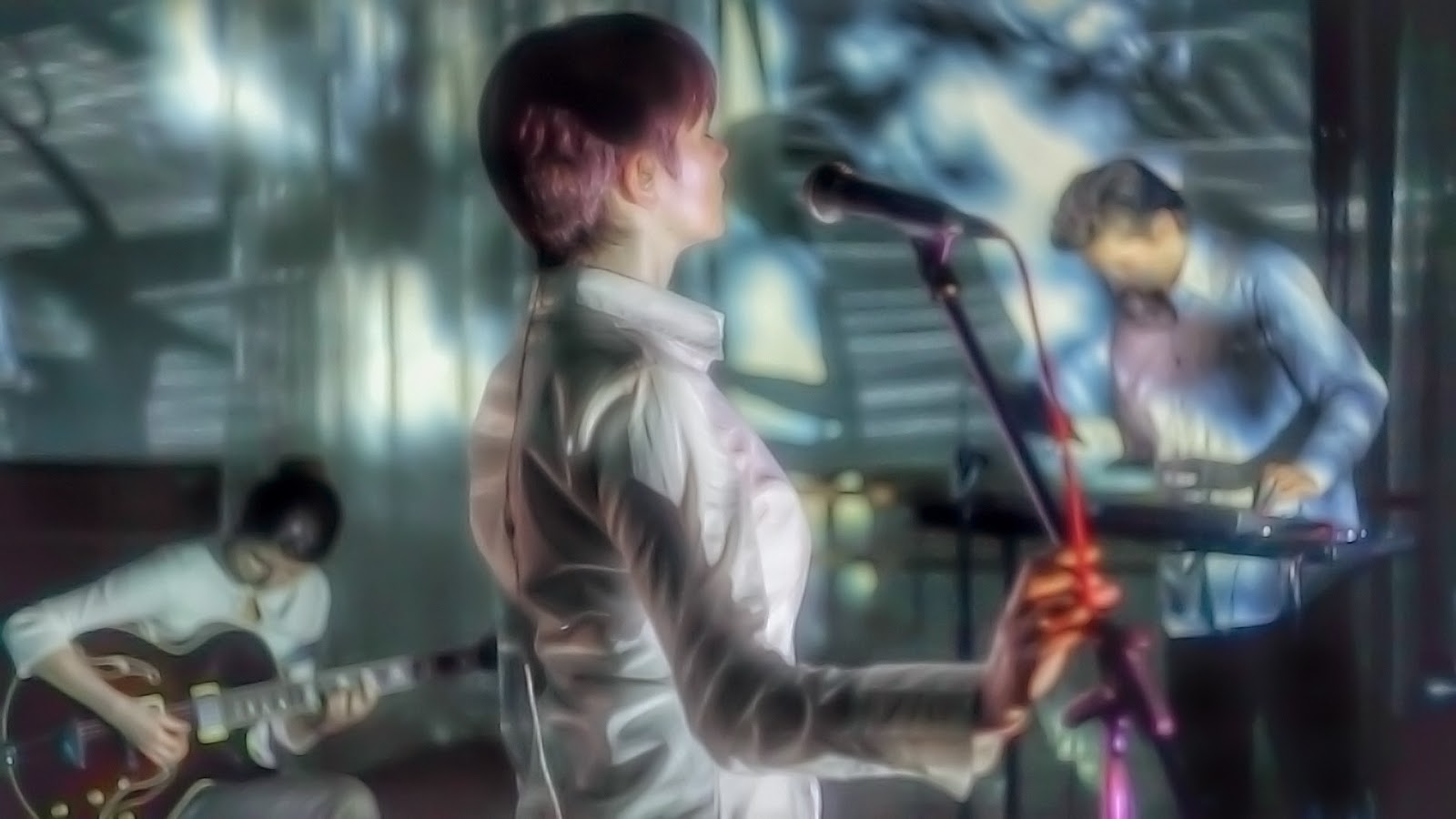 Hailing from the imperial Vienna, Torso are a  groovy psychedelic band with an extra flavor. That extra is called voice. Yes, a screamy high-piched voice. I love the fact that both guitarists are yelling their soul on stage. They are calling out for Monalisa or taking introspective trips into obsessive tunes, building up a fire into your brain.They remind me of the Durango swedes. I've seen them 5 times and each one, it was like a brand new experience. They are getting better and weirder every time i hear them. They seem like a restless body of  riff muscles and a backbone made of fat drums held together by a crawling Fender bass. They are a wild bunch, with delicious guitar solos. We had them for 3 times in Timisoara and each time the crowd was amazed. In the end i hope that the black man that haunts witches, can hear it's voice inside one Monalisa. https://www.facebook.com/torsomusic 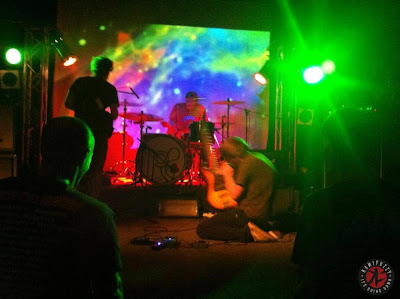 How i entered the void with Methadone Skies

Well i know this guys from their early days. When i first heard them, i was happy to see that we have fresh sound in our city. Young bloods with psychedelia in their minds.Their first release was a bit rushed and you could hear that they were searching. Hopefully that search didn't end. Their second release, starring two guitar players manage to sound interesting, dreamy and quite popular. Groovy riffs  traveling through balanced rhythm and sweet delays, were filling my earphones for the first time i heard the album. It has a unique personality,  types of songs which i am sure delighted stoner heads around the planet. Songs are built faster into their apex and then let to fade into the loud abyss.They escalate quickly and roar searching for recognition. They are a mud star ready to shine into the void from the enter to the exit of the album. It's a sonic adventure which i strongly recommend to be served with a stinky joint and a cold beer. I love their live performances, especially the way they improvise the tunes. It's a big step in their path, and i am sure that the best is yet to come. 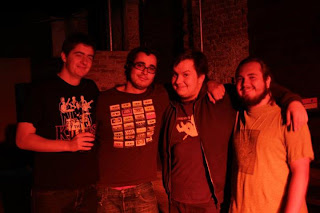 Kamifuzzy and how it's going down

It started a couple of years ago, after seeing great rock and roll gigs  in Vienna, Budapest and Erdberg, we started to think that, with a lot of compassion and dedication to live music, we can start organizing cool gigs. We love music, and we love it a lot, and that is the driving force that made us who we are today. We just wanted to see cool bands playing in our hometown.True bands with soul and dedication to the realm of the blissful sound.Along  the years we had psychedelic, stoner, alternative and mind blowing bands that we don't even know how to label, and that's the beauty of it.The more diverse and intriguing the better for our ears and thoughts.  We made this so that we can all enjoy the live experience of loud music, for the waving pants and mesmerizing faces at the start of a cool tune. We all play music and we know what involves  touring. With every gig we learned new and useful things and in the end we:  Bren , Jess , Szilard and Vali, are  ready to go down in the hearts of true music fans.From the booking part and logistics, to the sweet media memories, we are more than happy for making it happen. So far we did gigs with awesome bands like: My Sleeping Karma, Karma to Burn , Seven that Spells, Stonebride, Secret Chiefs 3 , A.P.P.A.T, Rozbub, Torso, Methadone Skies, Blight and The :Egocentrics.
Until next one, stay wild and rock free! 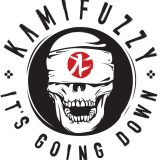